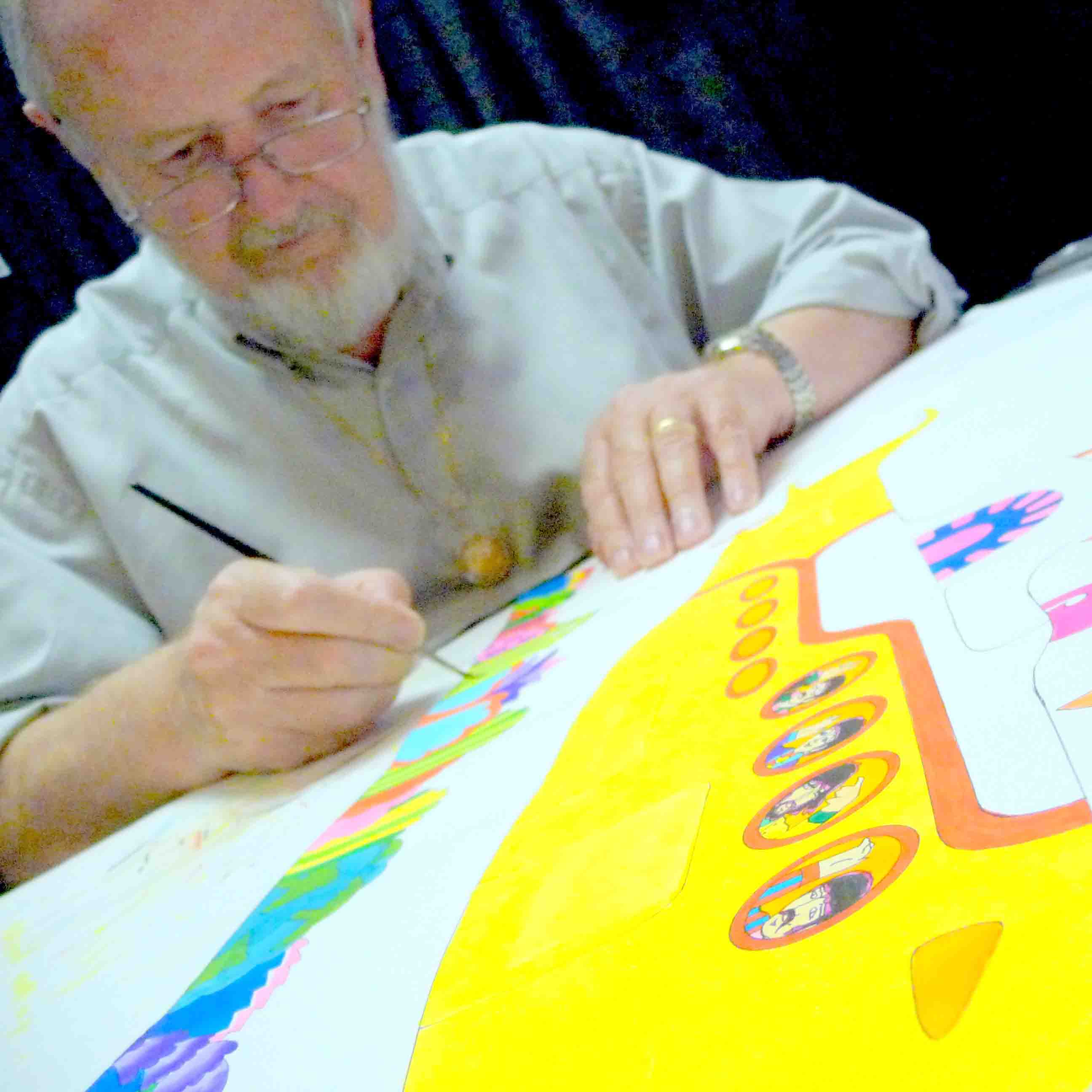 ALL WORKS ARE AVAILABLE FOR PURCHASE 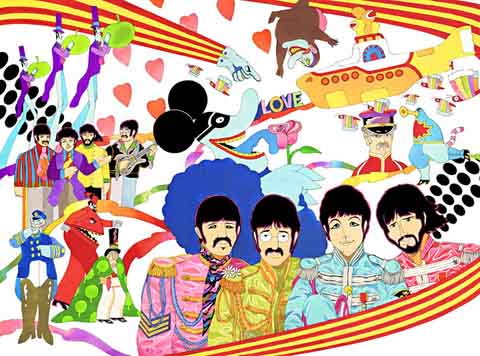 AUSTIN, TX – It was 50 years ago that the Beatles invaded the United States, performing for 73 million people on the Ed Sullivan Show and began dominating the US pop charts for years. Now five decades later, the Fab Four continue to be the most celebrated musical group in Rock history. Beatles celebrations are continuing throughout the country including many television, radio and live concert tributes. 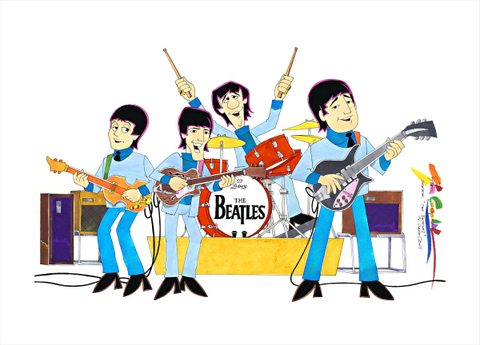 Ron Campbell will be offering for sale dozens of original cartoon paintings of the Beatles both in their ABC Cartoon and Yellow Submarine roles. These works of art were created specially for the SXSW showcase.

The Saturday Morning Beatles Cartoon series received monstrous ratings in its time slot….a 67 share! It continually fueled new music to the young kids of America as they followed the bouncing drumstick to each Beatles tune. Campbell also wrote the forward to the definitive book on the Beatles cartoon series “Beatletoons.”

Yellow Submarine, recently celebrating its 45th anniversary, has become a permanent fixture in pop culture, defining the psychedelic 60s for generations to come. In his book, Up Periscope, Yellow Submarine Producer Al Brodax gives Ron Campbell a great deal of credit for saving the movie Yellow Submarine and tying it all together at the last minute.

Campbell has also been involved with some of the most beloved cartoons including, Scooby Doo, Winnie The Pooh, Krazy Kat, George of the Jungle, The Jetsons, The Flintstones, the Smurfs, Goof Troop, Rugrats, Winnie the Pooh, Ed, Edd & Eddy and dozens more. Campbell’s former studio was awarded a Peabody and an Emmy for his work in children’s television. Since retiring after a 50 year career, he has been painting subjects always based on the animated cartoons he has helped bring to the screen.  With particular emphasis on The Beatles, he shows his Cartoon Pop Art in galleries worldwide.

Wild About Music is Austin’s independently owned unique music lifestyle shop and gallery since 1991.  The 5,000-sq-ft gallery is located on 6th street, near Congress, in the heart of Austin’s downtown entertainment district.  http://www.wildaboutmusic.com