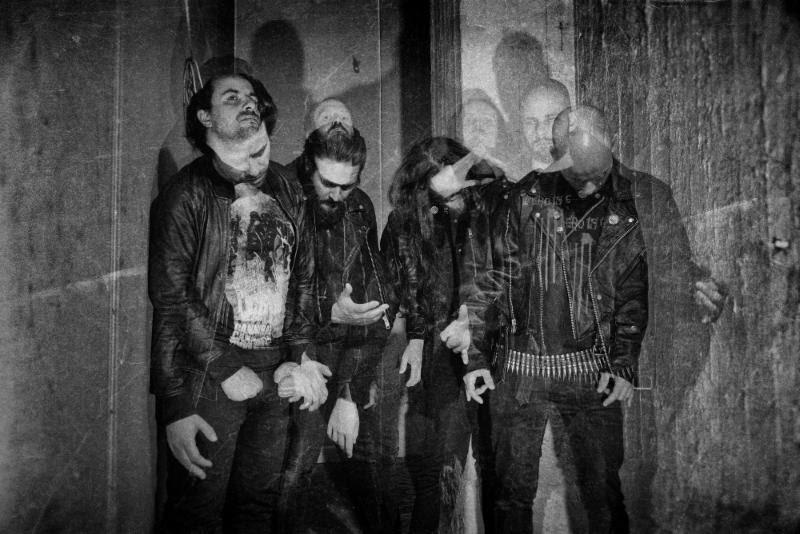 Execration comments: “We’re really excited to pen this deal with Metal Blade. Metal Blade is a legendary label, with legendary bands and releases from all the way back to the beginning, and joining the ranks is a true privilege. After an eventful year with touring and receiving a Norwegian Grammy Award for our latest album, we are now ready to embark on the next chapter for Execration, and we’re confident that Metal Blade is the perfect partner in doing so.”

Execration formed in 2004 and unleashed a few demos and an EP before releasing their debut full-length, Syndicate Of Lethargy, in 2008. It wasn’t until 2011 and the release of their sophomore effort, Odes Of The Occult, that the band gained more recognition in the scene, which resulted in acclaimed reviews and high-profile festival performances, including Inferno Festival, Beyond the Gates, Killtown Deathfest – plus a tour of southern Europe. On this album, Execration incorporated a wider set of influences: namely black metal, but also more obscure sounds, such as open strung riffs and a general focus on atmosphere over brutality.

Before the next release, Execration replaced the B-tuned guitars with regular E-tuning, which offered new opportunities in terms of sound and what kinds of riffs would work well. This sparked the creative period that created 2014’s Morbid Dimensions – the band’s third album – which received even better reviews and landed Execration a Spellemannspris (Norwegian Grammy) in January 2015. Following this release, they played gigs over most of Norway – including the country’s biggest festivals (Inferno, Blastfest) – plus, completed a brief tour withCannibal Corpse, in addition to festival appearances in Germany (Chaos Descends) and the UK (Live Evil).

Execration is now in the final stages of the song-writing process for their fourth album, but unlike the previous two releases, their upcoming effort will not mark a dramatic stylistic shift. It will be the most compact Execration album to-date – shorter, and with tighter compositions. Fans can expect an array of catchy, complex, prog-infused, intense tracks that will surely garner accolades once again. Stay tuned for more information coming soon!