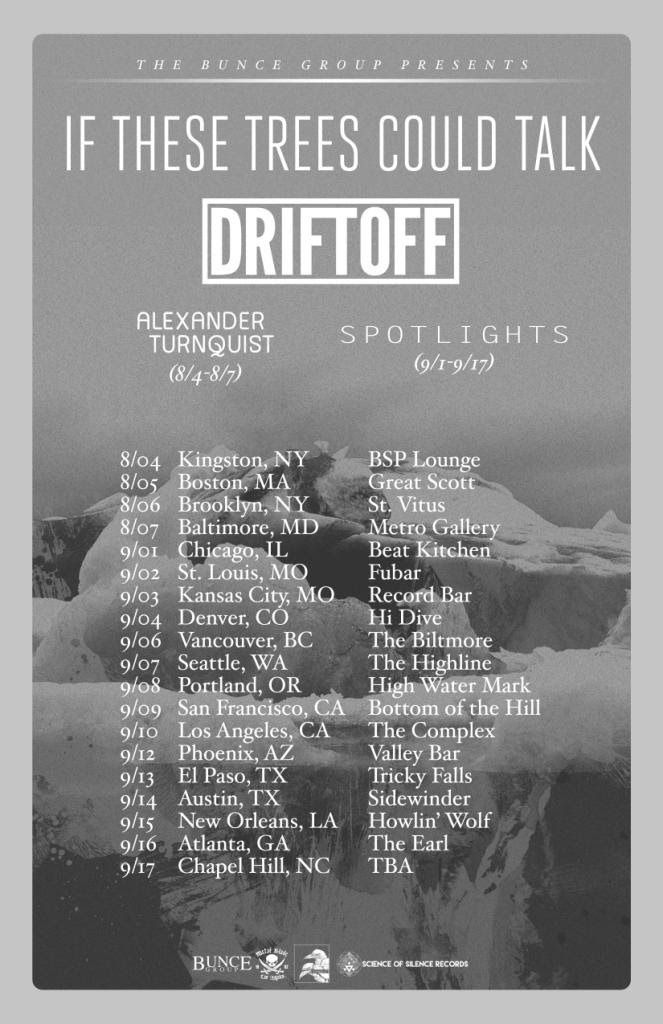 Instrumental post-rock outfit If These Trees Could Talk has announced a USA headlining tour in support of their new album, The Bones of a Dying World! Kicking off in August in NY, the trek also features Driftoff, Spotlights, and Alexander Turnquist as support. See below for all dates!

Before the tour, If These Trees Could Talk will also play two special album release shows for The Bones of a Dying World in their home-state of Ohio; see below for details.

In anticipation of their upcoming performances, If These Trees Could Talk has launched a new official/play-through video for “Earthcrawler”, taken from The Bones of a Dying World. To watch the clip, please visit GearGods.net: http://geargods.net/exclusives/if-these-trees-could-talk-exclusive-earth-crawler-in-studio-playthrough/

Recorded over the past year at NE Meadow Studios in Akron, OH, The Bones of a Dying World was once again produced and engineered by the band’s own Zack Kelly (drums). Mixing duties were handled by Zack Kelly and Freddie DeMarco while the final master was completed by Alan Douches at West West Side Music. For the album artwork, If These Trees Could Talk called upon long-time designer Charlie Wagers, who worked with the band on their past two releases – Above the Earth, Below the Sky (2009) and Red Forest (2012). After four years of fine-tuning these audio and visual components, the quintet has now unleashed their Metal Blade Records debut upon the music world, with critics declaring: “the music If These Trees Could Talk are putting out now is some of the finest they’ve ever written” (MetalSucks.net). To purchase The Bones of a Dying World in various formats, please visit: metalblade.com/ifthesetreescouldtalk