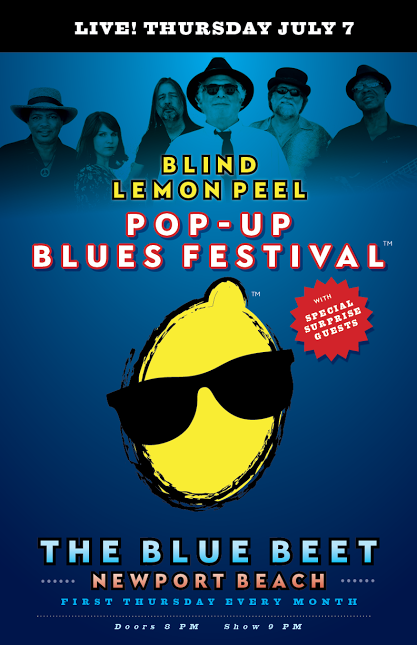 AT BLUE BEET IN NEWPORT BEACH

In addition to the Blind Lemon Peel Blues All-Stars, OC’s coolest new blues group, Diana Rein and Papermoon Gypsys, featuring the dual guitars of “Six-String Siren” Diana Rein and Kenny “Big Daddy” Williams; will perform; along with soulful blues/R&B singer, Shy But Flyy; and guitarist extraordinaire, Celso Salim. In addition to the bands, there will be a variety of vendors selling arts and crafts, music memorabilia, etc. at each Pop-Up Festival. 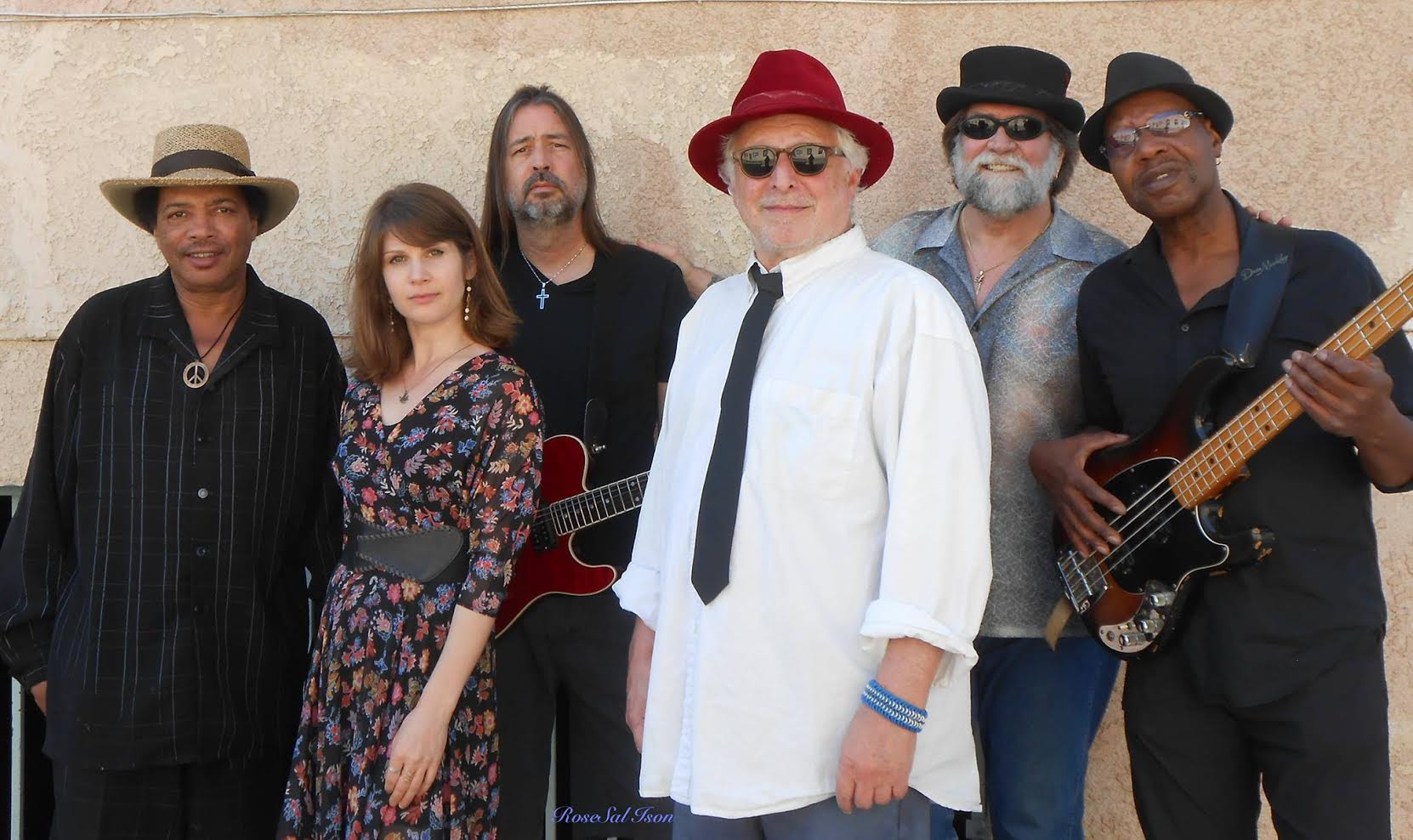 Blind Lemon Peel All-Stars put on a high-octane blues show second to none.

“The Pop-Up Blues Festival is to promote, feature, and give exposure to local artists. We had been offered to do a monthly third-Thursday at Harvelle’s in Long Beach, which I didn’t want to be just about (our band), explains Blind Lemon Peel front-man David Hale, on how the Pop-Up Blues Festival concept was conceived. “I saw it as an opportunity to really reach and focus on local musicians and give them the opportunity to play on that stage. That, to me, was my dream come true.

When I mentioned it to my publicist, he said, “why don’t you position it as a pop-up blues festival?  You can tweak it around and it can pop up in different places.” Confirmed to perform at upcoming Pop-Up Blues Festivals: New Blues Revolution; Bluespower; SoCal Blues Club; Betty Rose; Mark Wein; The Hurricanes; BullDawg Band; Celso Salim; Shure Thing Band; and more.