NO LIST RECORDS is unleashing a split featuring six tracks, four from Montreal sludge metallers THE GREAT SABATINI and two from Toronto noise rockers GODSTOPPER. The split is slated for release on August 19th, but before its official release, NO LIST RECORDS has teamed up with Stereogum for the full stream premiere at the following link: http://www.stereogum.com/1893915/stream-the-great-sabatinigodstopper-split/franchises/premiere/

The split will will be available digitally plus on cassette at the following link:  http://store.nolistrecords.com.

No List Records | Solar Flare Records
Thegreatsabatini.com | Facebook | Twittter @thegreatsabatini
Youtube | Instagram @thegreatsabatini | Bandcamp | CD Baby
For fans of Melvins, Today Is The Day, Neurosis, Helmet, Whores, Torche, Unsane, Keelhaul
“…hails from further out in left-field with more peaks and valleys than the heads-down-tits-up sludgy rock they fire at you from the stage…these dudes have a 90s alt-rock edge grinding against their love affair with riffs that crash bolts of lightning into stacks of Orange amps in delivering a rumbling calling card of hellacious noise.” – Decibel
“In 2012, the unpredictability and wickedness of Matterhorn and the gritty violence of the companion release The Royal We established the group as one to watch closely; Dog Years confirms that attention was well worth it.” – Exclaim
“The Great Sabatini are not just playing by-the-numbers sludge, but rather mixing things up, and transposing their punk attitude into new forms of musical expression beyond what you might be expecting.” – The Sleeping Shaman 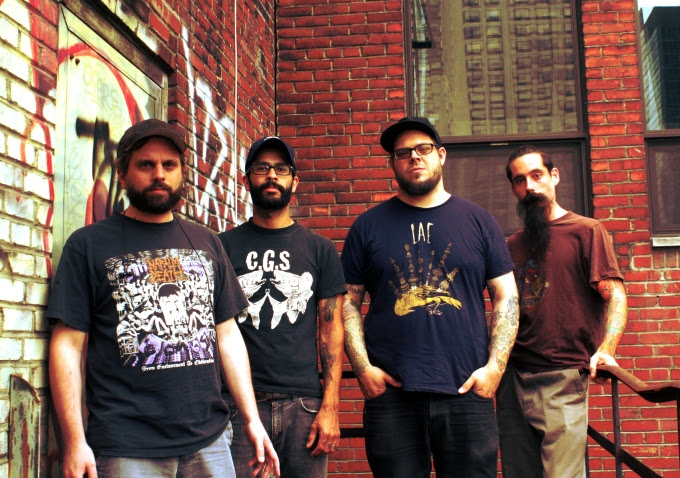 Their latest full length album “Dog Years” (2014) was the result of years of accumulated experience writing, performing and recording together. It was recorded in Hamilton by Sean Pearson (Cursed, Shallow North Dakota) and self-released by the band in Canada on digital and vinyl and released by Solar Flare Records on vinyl for Europe and USA.

“There’s a lot of compositional bells and whistles on deck here, from a chugging chorus riff that feels like it’s perpetually interrupting itself to a left-turn Thin Lizzy guitar lick that King Buzzo would surely appreciate. But the part that’ll really suck you in is the sublime vocal harmonies that frontman Mike Simpson layers over the song like fishnet over a boulder.” – Stereogum

“Like the best records by Today Is the Day, Swans and Harvey Milk, all of which I hear in Godstopper’s jarring songwriting…We talk a lot about making extreme music as cathartic for the music maker, but what the listener? I feel no more relieved for having heard Empty Crawlspace. In fact it’s psychically draining. And totally addictive, too. I’m not going to be able to sleep for a week.” – Metalsucks

“Somewhere between the Thunder-Pop of sparkly heavy-hitters Torche, the aggressive sludge of fellow Floridians Cavity and the awkward stop-start dream-logic quasi-operatic noise rock of Pony Express Record-era Shudder To Think lie Toronto’s Godstopper…What Matters is a tough record to describe, in some ways, as any comparisons I care to make are merely rough approximations used in an attempt to point you, the potential listener, in a certain direction, as far as preparing you for what to expect. However, the truth of it is that Godstopper sound exactly like Godstopper, and, really, how many bands these days can truly lay claim to such a thing?” – Sleeping Shaman 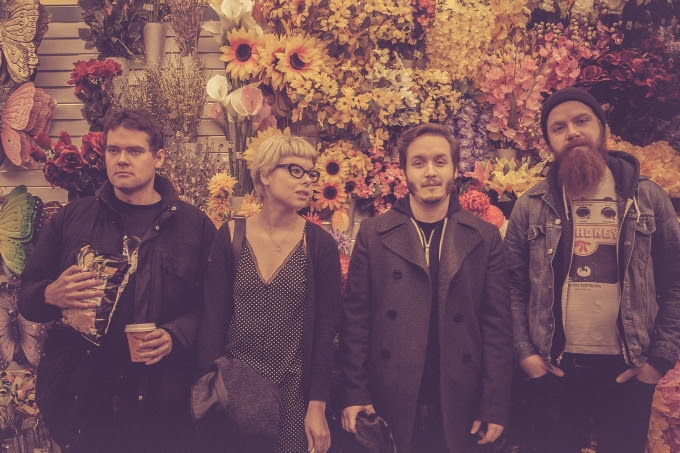 Godstopper was formed in 2010. Mike Simpson wrote, performed and recorded a demo, later released on cassette, called “Empty Crawlspace”. The band then became a performing unit in 2011, and has since toured the US and Canada, performing with acts such as Ehnahre, Tombs, and OXBOW.