In 2014, the band members Benny and Roel made an alliance to form Soulemission. Their musical skills and motivation were screaming to create harsh metal with different influences and styles.  In that same year Michel joined forces on vocals and since then has been taking care of the lyrics as well; lyrics which basically deal with occultism, misanthropy, melancholy and death.

Honoring the sounds and records from classic death/black metal bands from the nineties, they started writing music for the next year.  The music influences range from black to death, heavy to thrash, which make the songs versatile and interesting to listen to.

The covenant was sealed with session drummer Menthor (Enthroned, Lvcifyre, Nightbringer) who did the drums for the debut album ‘Tales of Inevitable Death’. By the appearance of Niklas Kvarforth (Shining) as guest-vocalist on the song ‘Seas of Emptiness’ the circle was complete. 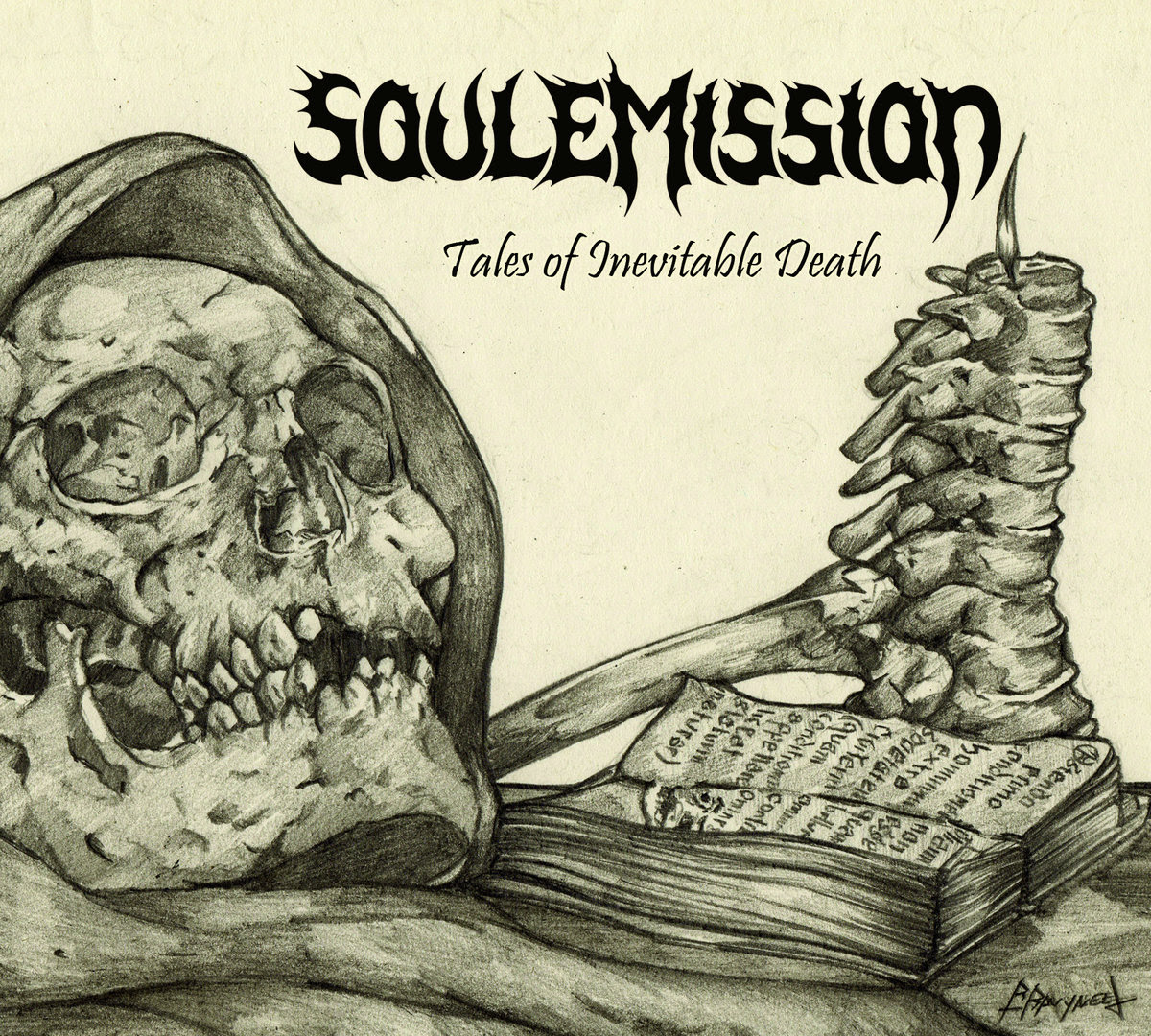 With their background  in bands such as Prostitute Disfigurement and Cirith Gorgor , the band members left permanent traces in the metal scene. And by creating their harsh metal with alternating influences and styles, these traces are to be extended with Soulemission!

While completing their debut album in the winter of 2014/2015, the band has already started working on new material for the successor of ‘Tales of Inevitable Death’.