San Jose, CA – When discussing legendary psychedelic garage bands of the 1960s, the Chocolate Watchband is at the top of the list. The Chocolate Watchband formed in San Jose in 1965. The band’s music was described as “a blend of 1960s-style garage and psychedelic rock with a distinguishable ‘Rolling Stones’  San Francisco sound. Produced by Ed Cobb, the group’s early music combined the influences of blues with a psychedelic edge that featured terse lyrics and  instrumental experimentation.

The Chocolate Watchband appeared in the 1967 film “Riot On Sunset Strip” and the 1968 film “The Love Ins.” The band released three highly acclaimed LPs from 1967 to 1969 before disbanding in 1970. In 1999, they reunited at the San Diego event 66/99 in San Diego, CA,  organized by musician/journalist Mike Stax. They continue to play today at garage rock festivals in Europe as well as the States with Little Steven, The Yardbirds, Love, The Zombies, Bo Diddly, Iggy Pop, the Strawberry Alarm Clock and the Electric Prunes.

Now much to the excitement of the band’s fans around the globe, the Chocolate Watchband are releasing two new singles destined to be classics! – “Judgment Day” and  “Secret Rendezvous”! The tracks were recorded in 2017 at Kingdom Voice Productions, Santa Clara, CA. 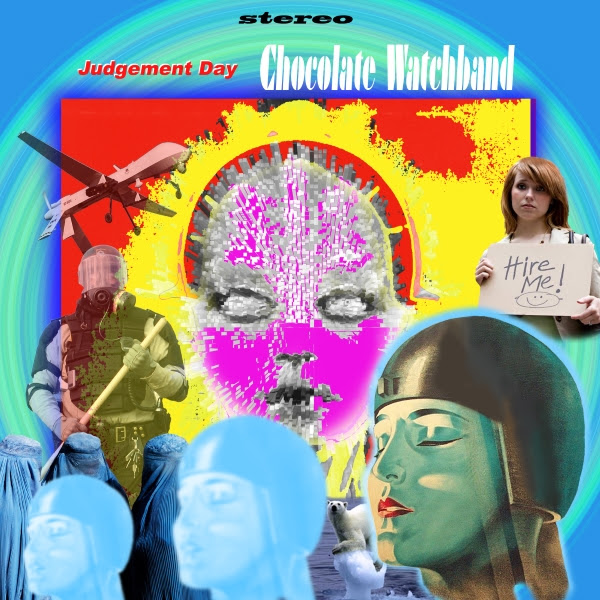 Says lead vocalist and founding member David Aguilar, “I wrote ‘Judgment Day’ as the country was still in recovery after every dollar you might have had invested suddenly tanked thanks to Wall Street. People were getting laid off, they were moving backwards in income, homes were being foreclosed on. Families were living in their cars. It was a terrible time for the American dream. But this was pure opportunity for those who enjoyed stratospheric wealth. Wall Street gangsters, bailed out by American taxpayers, were rewarded for their massive greed and stupidity. They immediately started buying up everything they could, hotels, new corporate jets, restaurants chains, radio stations, small businesses, big businesses, casinos, 300+ acre ranches with 16,000 square foot homes in compounds near Aspen, on Long Island, or in Florida. Their trophy wives were pampered like pet poodles….

“It resulted in the anger that put the current president into the White House. And it’s ironic, Judgment Day didn’t come for the political party that remains the mouthpiece for the fat cats. And now the White House is filled with more Wall Streeters! The Who were wrong, Americans can get fooled again! 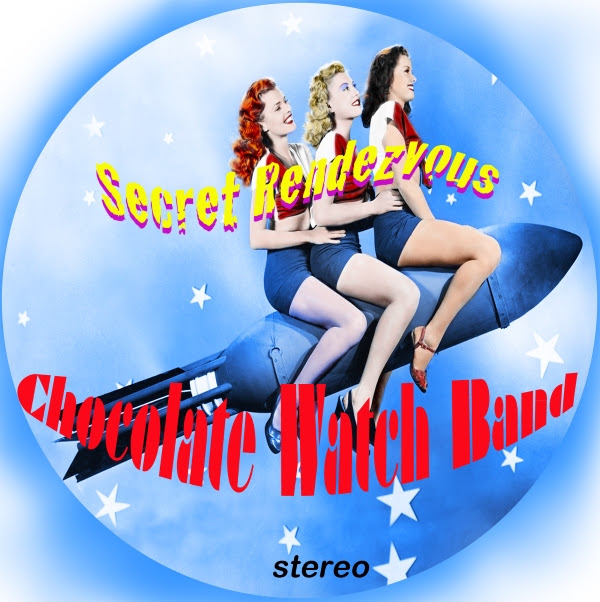 “’Secret Rendezvous’ changed names a few times, lyrics were quick and fast, the whole song came from the opening riff…I recorded it in about 40 minutes. I like songs like this-they write themselves as you track it. I recorded drums and guitar together, added bass, horns, cowbell, (yeah say it-“more cowbell”) and vocals. When the band got a hold of it, they ripped it! I can’t wait to sing this song on stage!”