Weesp formed in the mid 2000’s in Minsk, Belarus and in 2009 released the first record of the band – ‘Taste of Steel’ EP. In 2009 to 2015 Weesp performed at numerous concerts and festivals, including those in Baltic countries, all over CIS, Poland, Germany and Czech Republic. The band also released a few singles and EPs during that period. In 2015 the band released their first long play album ‘The Void’, recorded by Wieslawski brothers at Hertz Records (Behemoth, Decapitated, Vader). The album features 13 songs, two of which were done in collaboration with Cory Brandan from Norma Jean. Band kept touring across Europe.

Weesp released the ‘illumination’ single at the end of 2017, together with the official video, and announced the second LP album name ‘Black Sails’. The band community noticed significant change of style and sound of the band. On April 5 ‘Black Sails’ album has been released. It consists of 9 songs. After the release Weesp got a lot of positive reviews and feedback.

Weesp are standing against the dictation of society’s conservative values. The band’s music is about finding one’s own path, it’s about hard choices, dreams and passion, about being different.

IndiePulse got a chance to speak with Stak of Weesp about their beginnings and where they are headed. 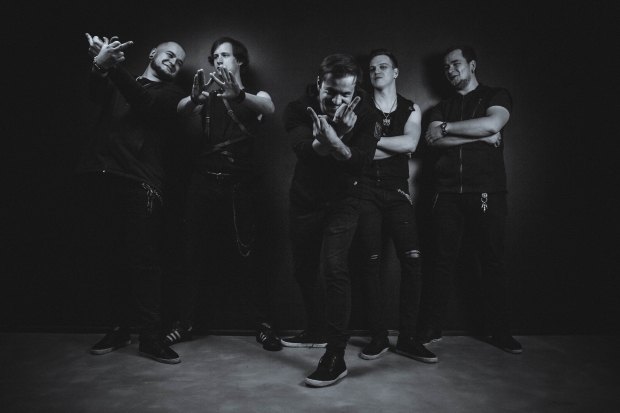 IPM: What inspired you to write music like you do?

It comes from everyday. All the events and people around. We like catching a mood, a condition of mind, a feeling – you know, all that short moments when you feel alive. All our songs are created from feelings, emotions, experiences that guided us. Each song has some kind of history or strong experience under it – this is the main source of musical inspiration. We get an inspiration from the life around us. Mostly from the negative sides of it, but it does happen some positive stories out there. We are confident that these feelings can be sensed and understood by our listeners.

IPM: Tell us about the other members of the band.

Well, we’ll start with…me – Stas Budzko aka Stak, I play synth. All synth sequences for every song – it’s my job. I use a lot of hardware synth, samplers and sequencers. Mi Budzko aka MiWeesp. Plays Bass guitar and Moog bass synthesizer. We’re twins. Alex Falcon aka Lex – our vocal singer. The only member, that has a lot of tattoos on his body. Alex Gul – Drummer. On new tracks he started acting as back vocals as well. Mike – Guitar player. He has so many guitars, that i even don’t know exact amount of them. 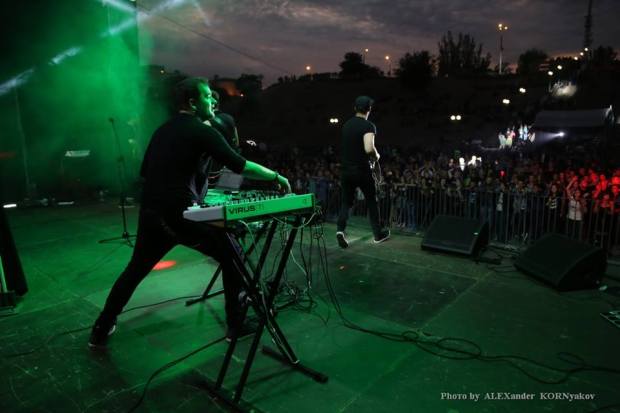 We usually compose songs together, at the studio. Sometimes it’s fast and inspired. Sometimes it’s pain in the ass with fights and loud swearing. Good thing is that we stay friends despite our opinion often differs. We prefer to go to the studio with pretty much understanding what we are going to do there and what do we want to get. Most of the songs are completely ready before we start recording. But sometimes we do exclusions. For example we recorded ‘Beware The Blind Spots’ without a single rehearsal. The arrangement was written right before we went to studio, and we gave it a try. It’s one of our favorite songs to play live now. 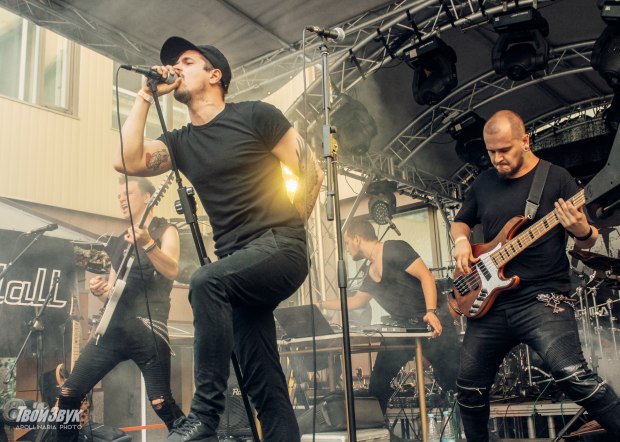 IPM: What are or were some of the challenges for you in producing or performing while keeping true to your vision of your music.

Difficulties both in producing or performing are like everyone else have – come to an agreement with each other, so everyone in the band would feel happy or at least satisfied. This applies to parts in tracks, tunes, clothes on stage, the order of tracks in releases and at shows. If we talk about the difficulties while keeping true to ours vision of music – many people say – play the mainstream, play Bring me the horizon or Linking Park, you will succeed – such kind of music is in demand. However, for the sake of new listeners – writing mainstream uninteresting music, copying someone – this is definitely not our way.

IPM: Tell us about some of your recent shows / performances.

The main thing is that we are releasing a new video on our channel on YouTube for the track ‘Who we are’ from the new album.I already saw it – this video is amazing! Release is going to happen on 14th of June 2018.Also we are already at the final stage of preparing acoustic versions of some of our tracks.Of course we will make a studio live session and write everything down to show to our listeners.Stay with us, subscribe to Instagram and YouTube. Do not miss it, it will be awesome! 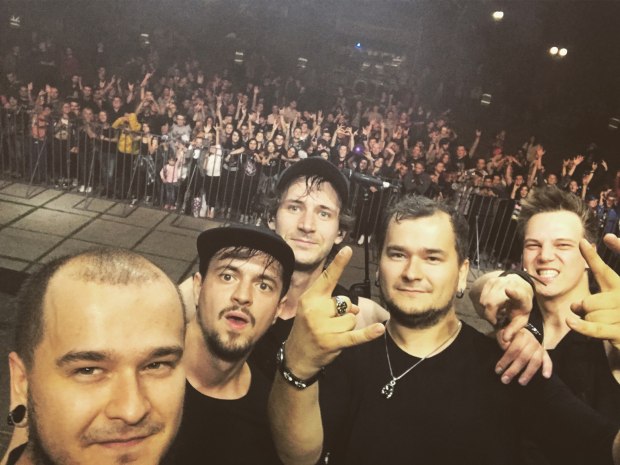 IPM: Tell us about upcoming news.

So, we’ve released our second LP ‘Black Sails’ on 5th april 2018. And we’re going to release new music video for one of the songs from this LP near 7th of June. This is going to be 4th music video, that we shooted in support of new Album ‘Black Sails.’ Here is our Youtube channel https://www.youtube.com/weespwilldestroyus where all videos can be found.

IPM: Any “strange tales” or things that may have happened during a show that seemed too weird to be true?

There a lot of funny stories happened while touring, but i don’t think they are so weird to be true. But here are some of them: When we are on tour, then all sorts of funny things are constantly taking place. One time when should be go on stage in a few hours, we’ve found out that the AC adapter from the main Stak’s synthesizer was left in another city, and we had to search the scheme in the internet and solder a new power supply from a used computer we found. Few times we were hitting the stage so hard, that the stage simply collapsed. God bless everybody is alive.

Lex loves to climb on stuff that stand on the scene. It might be amplifiers, drums, loudspeakers and etc. The most wild and funny climbing was when we were playing our solo a show in Zyrardow(the void tour 2016 in Poland). We played in a club where audience can watch the show from 2 floors. And I don’t know why but on one of our songs Lex decided to climb to the 2nd floor straight from the scene using amplifiers for it. That was awesome. The funniest thing was that then he didn’t even have an idea how to get off from there. Finally he made it while listening to a snare roll like in a circus.

IPM: Where do you see your music going, where would you like to be in the near future, goals, dreams and passions?

We’re going to release few singles this year, few acoustic versions, all supported by videos. Will play few dozens of shows across the world. Right now we’re thinking about, how Weesp should sound next. What are the strongest parts in our music, and how to make it even more powerful.

The main goal for us right now – to gain more listeners, who will understand and accept our music. And you know, i dream about some supermassive show, like to play for a 100 000 people.

IPM: What would you like our readers to know about you.

Music a great way of communication. We believe it can tell you so much more than any words.

It’s about feelings and thoughts you can’t describe any other way.And we hope that our music can make our listeners feel the same we did in some periods of our lives.Bands we love and their music changed our lives. Still changing.May be our music can also give somebody strength to move on no matter what, an inspiration to make this world better.To be serious we’d like out listener to feel and remember all that energy,that we try to put in our music, as well as in our live performances.And for a moment to forget about an unavoidable fate and inevitable running of time.

IPM: Where can our readers find your music?

Weesp can be found Online at: