NEVERWONDER came into existence from their home base of Los Angeles with a unique sound fusing rock, pop, and funky grooves. Their music is driven by strong musicianship and is rooted in life’s experiences. The band has performed at venues including the House of Blues (Los Angeles and Orange County) The Roxy, Key Club, Viper Room, Whisky A Go Go, Galaxy Theater and The The Coach House, and has been featured on the KLOS 95.5 show highlighting top unsigned L.A. bands, “Local Licks.” NEVERWONDER has been a dynamic act in the Rock and Roll Marathon series all over the West Coast and Las Vegas.

The pulse and backbone of NEVERWONDER are Andres Ramos and Vincent Ramos. These talented brothers are the heartbeat of the band.  The Ramos Brothers have also recorded and performed extensively throughout the Los Angeles area. Andres and Vincent being fans of strong grooves, heavy rock beats and alternative music, accompanied by their combination of creativity and entrepreneurship established the band NEVERWONDER.

The new front woman of NEVERWONDER is classically-trained vocalist, Fabienne Grisel. Hailing from Geneva, Switzerland, Fabienne’s vocal style effortlessly ranges from beautiful soprano tones to an edgy growl. Fabienne has been a solo pop/blues/jazz recording artist for many years, and now has joined forces with NEVERWONDER to deliver a fresh blend of rock, pop and funky grooves. As a singer/songwriter, her presence draws you in.  The passion and emotions she conveys through her songs, lyrics and performances leaves the audience wanting more. This new partnership with these talented musicians has allowed her vocal abilities to soar to new heights.

NEVERWONDER’s new guitarist is Jay Wise. Jay is an accomplished California native who has many years of experience playing nationally and internationally.  Jay has been involved in the rock and roll circle for many years, working with successful bands such as Kansas.  Jays’  rich musical influences can be traced back to Steve Vai, Joe Pass and AC/DC, to name a few.  As fate would have it, it would only be a matter of time until these SoCal natives Jay, Andres and Vincent, ended up crossing paths that lead them to forming this new version of NEVERWONDER.

With the addition of Fabienne Grisel and Jay Wise, the band’s creative synergy is an undeniable force to be reckoned with. Their obvious chemistry has already created some powerful songs accompanied by unforgettable performances.  NEVERWONDER is excited for the path that lies ahead starting with their new EP which is out now and their next album that is on the horizon. NEVERWONDER continues to produce lasting music that their die-hard music fans will love and for the new music lovers they gain along the way. 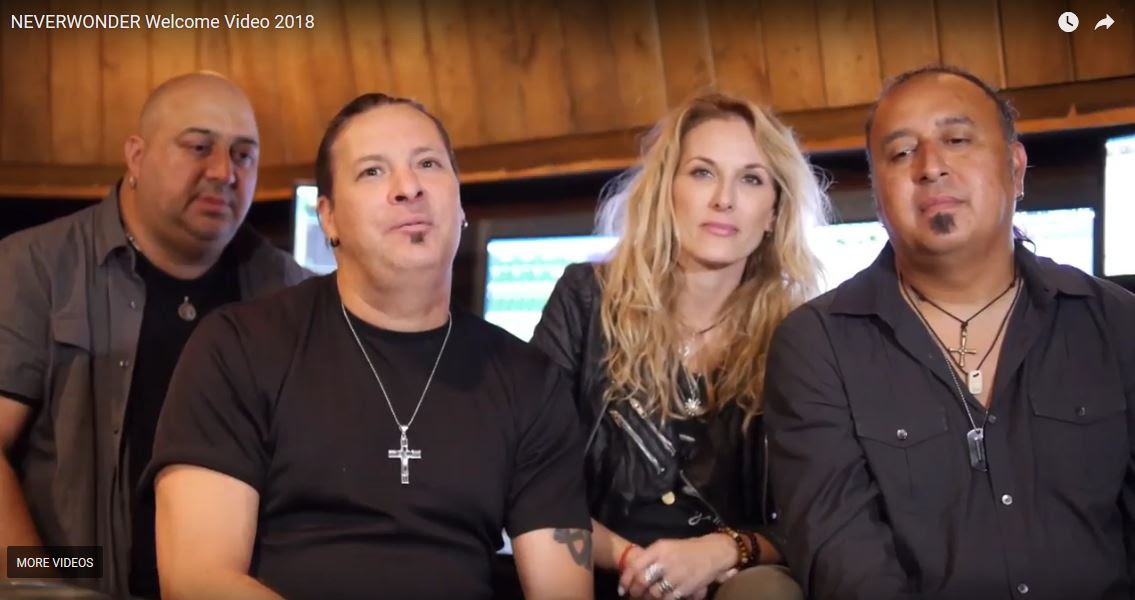 Read Our Exclusive Interview with NEVERWONDER