Music Tastes Good is returning to Marina Green Park, along the picturesque Downtown Long Beach shoreline, on September 29 and 30th.

An expanded and more inclusive Taste Tent with the theme “Port Cities of the West Coast,” will offer all attendees (not just VIP’s) a chance to sample offerings from the best coast’s most talented and acclaimed chefs, restaurants and pop-ups from Baja California del Sur all the way up to Vancouver, BC, in a cultural exchange of flavors and ideas.

Get to know about all of this year’s Taste Tent chefs!

Festivalgoers can try new foods, meet chefs from other cities, listen to chef demos and panels and so much more, plus the beer & wine will be flowing all festival long. Plus dozens of carefully curated food vendors, trucks and more. All the menu details, including vendor menus will be shared publicly, in August. 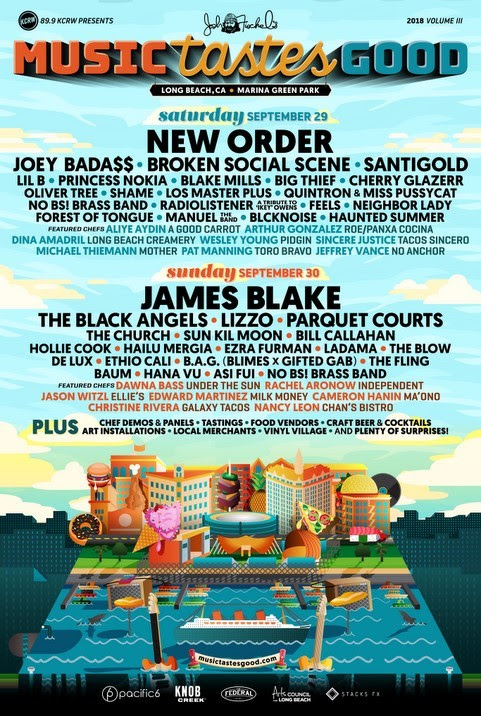