Following the explosive release of his newest album “American Soul” released on Welland International Records, Mick McMains has release a new video for his song “Don’t Say Goodnight Tonight”. This fun and inspired video is an open and honest “face of the artist” video highlighting the talents of an artist that wants to bring his love and talent to his followers while enjoying the music creative process. 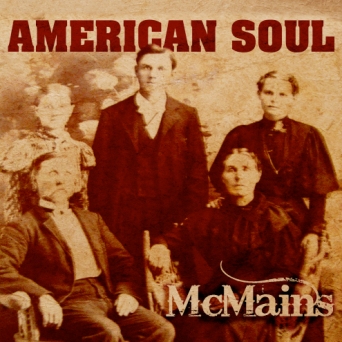 Mick McMains (who goes by the singular name ‘McMains’ when recording and performing), said of his new album, American Soul “ This album is a celebration of all of the ups and downs that go along with love, romance and just plain living – back porch, down-home love songs, gloriously crafted roots-rockers that also hint at McMains’ love for Country music. “Don’t Say Goodnight Tonight” reached the #1 spot (most downloaded track) on the Airplay Express Top 40 Chart last December. Brian Lush , Host of Rockwired podcast and magazine, writes, “on tracks such as ‘Would If I Could,’  ‘Devil Don’t Care’ and ‘Never 2 Late 4 Love,’ McMains demonstrates that in the acoustic-tinged realm of Alt-Country/Americana, he is an undisputed talent that stands out from the crowd.” So it is no wonder that this video exemplifies his philosophies and desire to entertain his audiences.

McMains, a descendent of Devil Anse Hatfield (of the legendary American folklore clan the Hatfields) documents his legacy on the American Soul album; creating a dazzling collection of beautiful songs of self-awareness, love, humor and vision, the album is 13 tracks of pure wit and wisdom.

In commentary, Mick McMains said “Don’t Say Goodnight Tonight – A blatant attempt to write a hit song. Although I have been that character more than a few times. I’ve always gotten into some kind of trouble with my lady “partners”. Things blow up – I’m wandering… Stuff happens. There is a Cowboy/Native American element to the groove. I wanted a standard line dance beat for the verse/chorus, but at the bridge (which happens twice) we go to a war-dance feel. At least what my interpretation of a war-dance beat might be like. This tune has been around in my music bag a long time. We finally got a mix I’m happy with. Thank you Rich Mouser of the Mouse House! Old friend and drummer for many stars – Dennis Edwards nailed it, and New Zealander Geoff Maddock (of ‘Goldenhorse’ fame) played bass and sang some harmonies. Rich said he had to re-do my acoustic guitar parts. I didn’t think they needed fixing, but Whatever! The electrics are all me. Lots of fun to record and also to perform live. There is a washboard solo during the breakdown verse! And a weezy old organ that never gets used”.