“JP Soars does blues differently, mixing in a healthy dose of soul, R&B, surf, reggae, roots and country music into his blues, creating a creative brand of the blues that is pure Southern hospitality. There is so much great material on this CD…sure to become a classic. Get it while it’s hot!”

Title track, Southbound I-95 has a great Dick Dale/surf feel with dancing guitar work and a great rocking bass line by Jason Newsted. Excellent! Soars’ guitar work in duet with Lee Oskar further cements this release as one of the year’s best.  Check it out!

JP Soars has a well-deserved reputation as one of the hottest guitar slingers on the planet right now. On Southbound I-95 he shows great presence not only with the blues, but with a few other enjoyable genres.Whatever you consider your cup of tea, you’ll find something on this album.”

Southbound I-95 is Soar’s fourth studio full-length release. “Over the years I have been fortunate to have met and played with some incredible musicians  – musicians I look up to, musicians that I admire and inspire me,” confesses the ever-so-humble blues guitarist-vocalist. “Some of these musicians appear here on (Southbound I-95). A few of the aforementioned include highly-regarded vocalist Teresa James; blues harp great, Lee Oskar (War, Lowrider Band); guitar greats, Jimmy Thackery and Albert Castiglia; and Jason Newsted, onetime bassist for multi-platinum-selling hard rock act, Metallica.

Born in California and raised in Arkansas, JP Soars has called South Florida home since 1985. It’s safe to say most blues guitarists haven’t played in extreme metal bands and aren’t influenced by jazz icons like Wes Montgomery and Django Reinhardt, which explains why Soars has developed a unique style that stands apart from the rest of the pack. The proof is in the pudding as Soar’s touring schedule continues to grow with performances throughout the U.S., Canada, Europe and South America, as well as repeat appearances on the Legendary Rhythm & Blues Cruise, and, most recently, the celebrated Big Blues Bender in Las Vegas.

For the past several years, Soars has additionally been part of the regional all-star blues act, Southern Hospitality, that also features guitarist-vocalist Damon Fowler and ‘The Piana From Savannah,’ keyboardist-vocalist, Victor Wainwright; plus Red Hots drummer, Chris Peet and Fowler’s bassist, Matt Walker. The Blind Pig recording artists earned a Blues Blast Award (“Best New Artist Debut Release”) for their 2013 CD Easy Livin,’ and have toured worldwide in between the three bandleaders’ own schedules. Southern Hospitality appears with a host of international blues icons on the Legendary Rhythm & Blues Cruise, sailing out of Fort Lauderdale, Florida this coming February.

Soars got bitten by the blues bug via a legendary source in 1988, when he won a guitar and two tickets in a raffle to see B.B. King in concert. Meeting the iconic guitarist and singer further enhanced the young musician’s quest to learn more about the timeless power of the music. Soars started his blues recording career a decade ago with the 2008 release Back of My Mind, followed by More Bees With Honey (2011) andFull Moon Night in Memphis (2014). Collectively, his catalog has received extensive airplay on the XM Radio programs of Little Steven (“Underground Garage”) and B.B. King (“Bluesville”); Top 50 status on the Living Blues charts, Blues Music Award nominations for “Best Contemporary Male Blues Artist of the Year,” and “Best Blues CD” and “Album of the Year” accolades from the Palm Beach Post. Soars is a past winner of both the IBC (International Blues Challenge) and the prestigious Albert King Award. 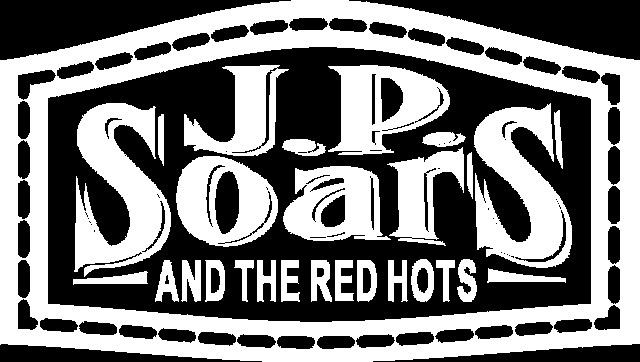 More News and Articles at: