“Through lead singer Melissa Menago’s clear tones and a dreamy, catchy chorus, it’s already clear that Body Wars is bound to be a hit.”- Indie Entry

Frontwoman Melissa Menago says, “Body Wars has been a long time in the making and we’re so glad to be able to tour it and to see its release on Revival Recordings. Whether you’ve just heard our name, or if you’ve been following us for a while- thank you from the bottom of our hearts.”

Hailing from Philadelphia, PA, June Divided consists of Melissa Menago (vocalist/keyboardist/guitarist), Chris Kissel (guitarist), Keith Gill (drummer), and Lenny Sasso (bassist). With searing vocals, catchy beats, and an onstage performance that can’t be missed, June Divided strives to give their listeners a complete experience with their music. From playing several festivals and music conferences like South By Southwest, Launch, and Warped Tour to touring consistently and sharing stages with the likes of Twenty One Pilots, Walk the Moon and Tegan & Sara, the band has been working hard to get their music in front of as many people as possible, gaining new fans and recognition along the way.

Earlier this year, they announced their signing with Revival Recordings, the label home to artists Alesana, The Home Team, and Shatterproof.

The band’s co-headline tour with Shane Henderson of Promise of Redemption and Valencia runs through September 8. 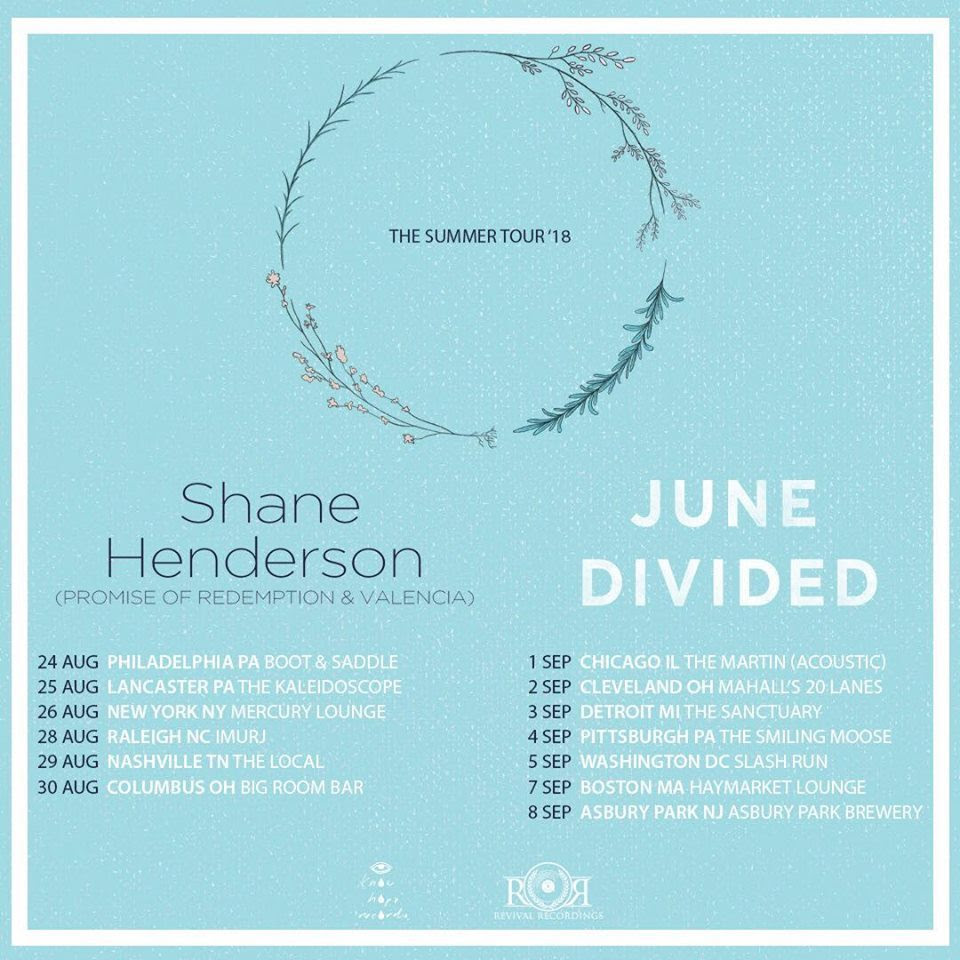