THE FURTHEST THING EP FEATURES A QUADRANT OF THE UPCOMING ALBUM’S MUSIC, ARTWORK AND ALBUM TITLE 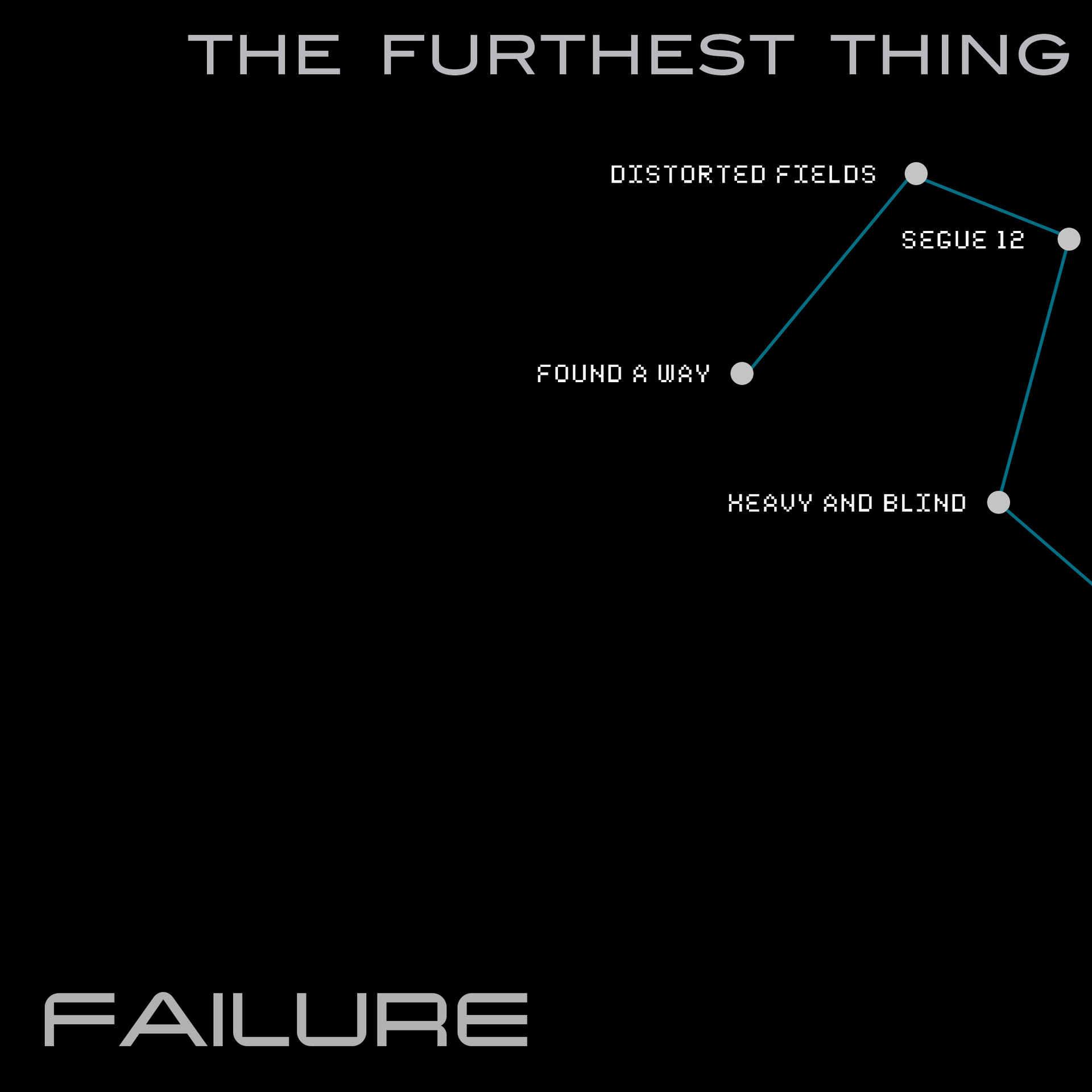 Upon the launch of the series the band unveiled a video for “Dark Speed” starring David Dastmalchian (“Blade Runner 2049,” “Ant-Man): https://youtu.be/NzC8fyC4j_g

FAILURE HEADQUARTERS, Calif., — Failure, who earlier this year announced that their fifth album would be released in quadrants culminating in a full-length album this October, have released the third segment: The Furthest Thing EP (https://failure.lnk.to/TheFurthestThing).

“This album is turning out to be the most personal album we’ve ever made,” said Ken Andrews, who also spoke with Revolver at length about the new album and the unique way they are releasing it (https://www.revolvermag.com/music/failure-talk-90s-drug-days-sci-fi-and-convention-challenging-new-record). “The three of us have all been dealing with issues that have found their way into this material, both musically and lyrically.”

The EP features three songs and one segue as well as a quarter of the album artwork and album title. As of now, the title stands at In The Future Your Body Will Be The Furthest Thing… Subscriptions for the full series of releases are available at failurebandmerch.com. Special offerings and various bundles are available at pledgemusic.com/projects/failure-lp5.

The band’s fourth album, The Heart Is A Monster, arrived in June 2015. The 18-track collection was hailed by fans and critics alike for “brilliantly picking up from where Fantastic Planet left off” (Rolling Stone) and serving as “a stark reminder of why the band have been so influential but it also underscores their status as modern trailblazers” (Alternative Press). Pitchfork dubbed it “a thrilling ride” while Entertainment Weekly described the album as “a jaw-dropping slab of throbbing, fuzzy, visceral space rock.”