Ten Great Selected Songs / Tracks From You Tube Every Friday
All Have 1000 Plays Or Less
The Less The Plays The Higher The Chart Placing !

Bottom Of The Pops: Bottom 10
Live / Mimed Performance Of The Week
New Feature:  The 12″

Sounds a bit like Belle & Sebastian on valium. Is that a good thing. I’m not quite sure.

Adoring this off their latest album. The rest of teh album doesn’t quite reach these gentle majestic heights. For fans of the quieter end of BJM and / or Mazzy Star et al

Looks like this Melbourne outfit are back. sure they actually released this song a few years back. But if they’ve re-released it we’re happy because it’s.. well,rather good.

Another Melbourne outfit who have been around a number of years. We like it..glad we don’t do the gym bit.
5 The Jim Mitchells – Wrangler Freedom (157)

And , still in Australia.. more pop psych stuff that won’t change the world but it looks like they are having fun in the video and , well, that’s what it’s all about, isn’t it?
6  The Natural Yoghurt Band – Punchbag  (179)

Not quite up with their release earlier in the year but they do have a great name and a line in snake charming indie going on here. So, yep, your’e in bottom of the pops.

Portland’s finest are back and sound as wonderful as ever. In the future they’ll be seen as the Feelies of the West Coast. They just keep on releasing great albums every couple of years.

This is what the blurb says and we tend to agree Fortuna Records return with a mysterious album by the anonymous artist known only as Moontribe. A deep-space journey between tribal percussion, hypnotizing organs and long echo ripples, all joining in for a snake-charming voodoo ritual of which Moontribe is the Shaman. Expect African drums, hints of cumbia, and distant galaxy exploration in unmeasured doses. An absolute must-have For fans of Sun Ra, Moondog and Idris Ackamoor.

Some dark electronics out of the western suburbs of Sydney that actually captures what the city feels like these days. Love it.

Just out on Mute .. what to say. We don’t know really except that it gets under your skin after a couple of listens. It’s almost as though Jack Kerouac in his darker days has come back to mesh with the world of the byte. 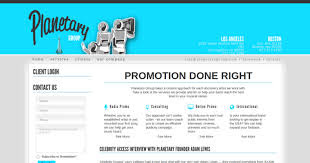