The new road to symphonic rock!

Much to the excitement of Prog fans worldwide, Italian ensemble Syndone is releasing their seventh album “Mysoginia”!
Born in 1989, in the wake of the second progressive wave, Syndone – led by Nik Comoglio – have delved into every aspect of niche music during their first quarter of a century. Seven excellent albums (“Spleen”/1990, “Inca”/1992, “Melapesante”/2010, “La Bella è la Bestia”/2012 and “Odysséas”/2014, “Eros & Thanatos”/2016 and the new “Mysoginia”/2018) have come out of this collaboration, contaminated with tones that, more often than not, have gone beyond all codes and frontiers.

Their sound – which reflects the moods of Emerson Lake & Palmer to a certain extent – is not restricted to a slavish reading of the British band though. It tends to revitalise their spirit with formulas that have little to do with the style per se and move towards new shores, new sounds characterised by a rock background with extensive classical openings (sometimes played on strings), all tied together by a very expressive, sometimes theatrical, voice which brings everything together in an original, cultural and innovative product.

While their name might elicit thoughts of the Holy Shroud or Sindon (and all the rules and regulations surrounding it) kept in Turin, we could say that, in the meantime, it also brings to mind the provocative magic of this subalpine capital. Says Nik, “We wanted a name that would evoke all together ‘Sacredness’, ‘Turin’, ‘Spirituality’ and ‘Scored Grooves’ (like an old vinyl LP) so I thought of Syndone, with the ‘Y’ to distinguish it from the famous relic and make it International at the same time, without being blasphemous. This name in fact immediately evokes Turin in any part of the world… and I liked this!”

Syndone is the band that it trying to re-launch progressive rock onto the Italian and European scene, in an attempt to give it a new lease of life, while remaining closely attached to its cultural roots. 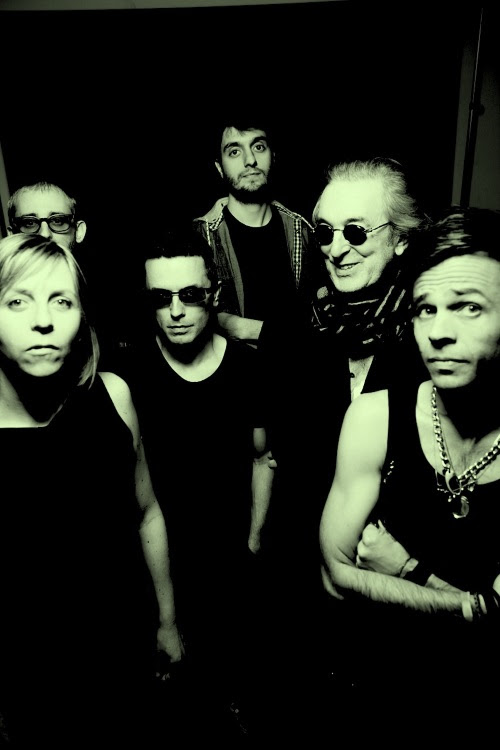 Misogyny. It already emerges from its very single word, from people reactions, through certains looks, from a grimace. Humanity and its fight against female sex. Misogyny – of men and women – against who can damage the power, against who gets the power to procreate, against those which can give life but aren’t able to give love.  A crime destined to go on for centuries, in which we are all immersed and accomplices. A story we must not forget, for all the victims and all the heroines respect. A tribute to those women which have suffered violence in our blind, bully and ignorant society. From Caterina de Medici to Ipazia, passing through personal dramas and serial killers. To remeber for not to forget, as for the mafia. To look for the germs we carry on hidden in ourselves. Look at yourself in the mirror, you cowardly man! You woman daughter of a cold mother! And rip out this evil from your heart! – Riccardo Ruggeri