British bass guitarist and composer John Greaves, best known as a member of Henry Cow and his collaborative albums with Peter Blegvad is releasing a new album titled “Life Size” on Manticore Records on November 30, 2018. John was also a member of National Health and Soft Heap, and has recorded several solo albums, including “Accident” (1982), “Parrot Fashions” (1984), “The Caretaker” (2001) and “Greaves Verlaine” (2008).

Says Manticore Records president Max Marchini, “When Greg Lake wanted me to be the artistic director of the renaissance of Manticore he was very precise: ‘I don’t want Manticore to be nostalgic but respectful and helpful of any great talent, old or new. We don’t want to be a progressive only label but open to any kind of music for progressive it is not a genre but an intention’.

“It’s a great honor to be able to continue his quality control and tradition of perfectionism and creativity. And I am lucky enough to have trusting friends who help me and to share with projects: Regina Lake, Alberto Callegari at the amazing Elfo Recording Studios and Manticore artist Annie Barbazza. Our aim is to live up to Greg Lake’s vision and production skills with new albums that can match his demanding standards.

“I have been lucky enough to work with one of the most respected and talented British composers, Welsh-born John Greaves who is a true living legend in alternative music.”

John Greaves led the European avant-garde as a founder member of Henry Cow with Fred Frith and Lindsay Cooper, then his bass was the driving force in bands like National Health and Love Of Life Orchestra. He played with Brian Eno, Robert Wyatt, Mike Oldfield, Michael Nyman, Penguin Café Orchestra, Carla Bley and Michael Mantler just to mention a few.

In recent years he has produced albums for the French classical label Harmonia Mundi for Radio France of composition upon words of Paul Verlaine and for Dark Companion a precious critically acclaimed live album called “Piacenza”. He appears on the new Sony relate of Gabrie Fauré songs “Ici-bas”. His songwriting partnership with Slapp Happy’s Peter Blegvad gave birth to gems like “Bad Alchemy”, “How Beautiful You Are “ and “The Song”.

On his new album “Life Size”he shares the vocals with a remarkable cast. Three fabulous, uniquely different female voices: Valérie Gabail, Annie Barbazza, Himiko Paganotti and Greaves himself sing a collection of songs in French, English and Italian, moving from pure pop thru Debussy-esque Apollinaire to sensual spoken-word; there’s even a song by Robert Wyatt, an old friend from way back when. The line-up of musicians is equally stellar: Olivier Mellano and Jakko Jakksyk (from King Crimson) on guitars, Vincent Courtois on cello, Zeena Parkins on harp, Matthieu Rabaté on drums.

“Life Size” features new compositions and the revisiting of old ones into a new, breathtaking contemporary and classical style, featuring some of the most acclaimed international musicians. Treat yourself to a very special musical journey.

Says Max, “’Life Size’ is an album of stunning beauty and inner grace and sure will be a classic for the future, and intended to be the logical sequel to the critically acclaimed ‘Songs’, which, by the way, has been remastered at our Elfo Studios to state of the art sound quality and re-issued by Dark Companion Records.”

‘Life Size” was recorded and mastered to exemplary sound standards in audiophile premium colored vinyl and golden high-end CDs. This first pressing will be of 1,000 CD and 500 vinyl only. 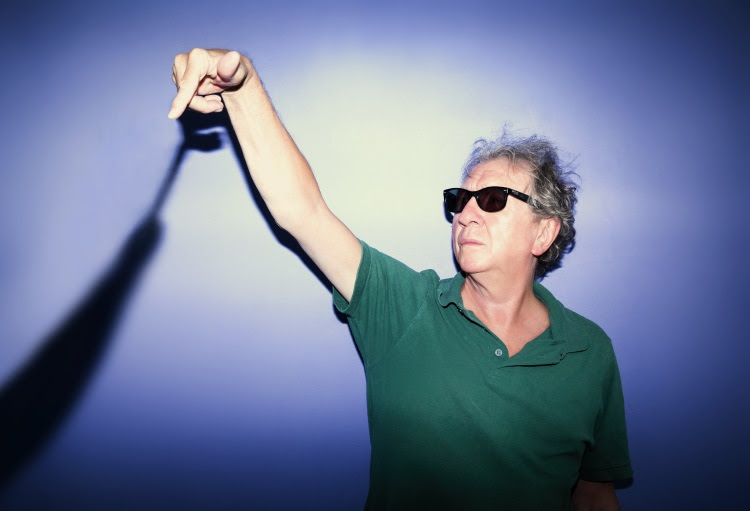