The Full Monty: Our Man from Nashville West

There are artists that have been known for their talent, some for their wild life and others for the magic of their craft…. But, what do you get when you come upon an artist that has all of that and so much more?

This is the story of Monty Byrom, a musician with a musical pedigree unmatched.

Monty Byrom is an American rock, blues and country guitarist, singer, songwriter and producer. He fronted the bands Billy Satellite, New Frontier, and the Academy of Country Music nominated Big House, and presently leads the group known as The Byrom Brothers, whom he shares the stage with his true-life brother Tanner Byrom. Earlier in his career Byrom co-produced and co-wrote hit songs many spotlight enrobed artists, including Eddie Money while a member of Money’s band, most notably, the hit song “I Wanna go back”, a track co-written by Monty, which was to become a major hit for Eddie Money. As a former producer and songwriter for Eddie Money, he toured with Eddie for several years, penning several Money hits. Monty received the ASCAP / BMI “Song of the Year” award, based on most airplay of any song that year. Eddie Money had a top pop hit with Monty’s “I Wanna Go Back” naming it “one of the most played songs of the year.”

During the early 80’s, Monty played with the Dead Family, then he and Danny Chauncey, now of 38 special, started Billy Satellite. During that time, their first album release had songs that charted including “Do Ya”, “I Wanna go back” and “Satisfy Me”, a song that achieved most airplay on MTV.

After 3 years Billy Satellite came apart, as most young bands do. Monty gets call from Barbara Streisand, with whom he worked and performed, later to be on the epic Emotions album. Their track, produced by the lead guitarist of The Eagles, Don Felder, who took Monty under his wing, which led him into working heavily with many top names in music developing his own reputation. Artists on this resume of fame include Beth Hart, The Stray Cats, David Lee Roth, Barbra Streisand, Rita Coolidge, Walela, George Thorogood, Don Felder, Jay Boy Adams, Ted Z and the Wranglers, and Midnight River Choir. Additionally, Monty also worked on many television and movie soundtracks. Through the early 80’s to mid-90’s, northern California hosted ”The Guitar Wars”, where all the hottest guitarists competed, which Monty had won for his abilities.

A jam in Bakersfield in the mid-90s, featuring the best musicians of the central valley brought Monty together with artists that would form the legendary group Big House, whose production team included Max Reese the producer/engineer of the first 2 Tom Petty albums. It was at this time, while shopping a demo, Big House was signed to MCA Records, who then released that demo as their first album. The country rock band dazzled the country music industry with their self-titled album in 1997, crowning their success with an Academy of Country Music nomination for ‘Top New Vocal Group of the Year’ in 1998.

After Big House ran its course, Monty moved onto other aspects of music development, including Producing several other artists, and while working in this manner in the mid / late 2000’s, Monty collaborated with a group then called “The Zen Road Pilots” which transformed into what is now, the very talented and presently touring group called The Byrom Brothers.

Now, this is really only a bit about Monty Byrom, but how did he get here, where did it begin, and what inspired him to do what he does with the 6 strings on any given guitar he graces with his touch?

Monty Byrom was born in Corpus Christi, Texas and raised in Bakersfield, California. Bakersfield has been dubbed, in an unofficial but well-known title, “Nashville West”, which was not only a place that birthed many talented artists, but was a center of the California Blues, Rock and Country Western music scenes. In his youth and through to his adult years Monty worked and wrote for a number of other artists, including the Country Music Legend Buck Owens. Proud to have been “reared” in Bakersfield, California, he has been a major contributor to country music’s “Bakersfield Sound.”

In 2015, Monty Byrom fronted “The Zen Road Pilots”, an Americana Infused Rock and Soul five piece playing in the old school tradition. His only release with the band, titled 100 Miles South of Eden, was released that year. Currently, as mentioned, Monty is currently fronting The Byrom Brothers, which includes his brother and Big House drummer Tanner Byrom. Their current release, an album of covers titled The Age of Music, was released in 2016.

Television and movie soundtracks that he has contributed to are: The Kids Are Alright, Sunset Beat, Secret Admirer, Made in America, Neil Simon’s The Slugger’s Wife, and Blackdog. He can be seen in the Judds’ made for TV movie: Naomi & Wynonna: Love Can Build A Bridge.

I would like to move to talk about The Byrom Brothers, which is Monty’s and Tanner’s present music ensemble, I say this because they are more than just a band, the are brothers, sharing the road and all that comes with it, the good times and bad, an all the joys of the stage.

Tanner Byrom: Tanner started playing percussion at 3 years old, with his dad playing guitar. “he would turn to me and say, How do you do that stay in time with me”. After tanner quit riding motor cross at 16 he began playing in bars with guys much older musicians, building his talents. In 1995, Tanner joined big house with brother Monty, and was signed to MCA records and had a top 40 hit. Tanner and Monty have played together for 30 years. 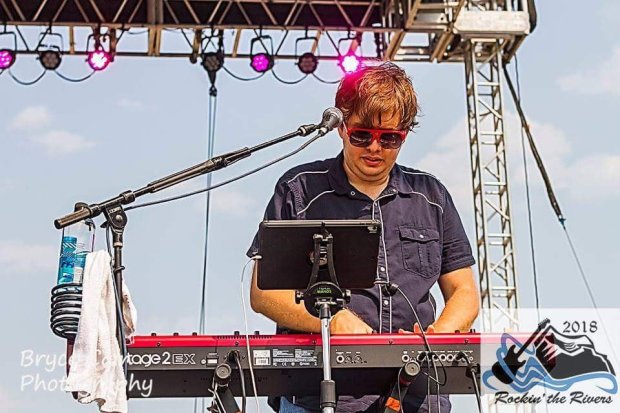 Chris Neufeld: playing keyboards since age 2. Chris is one of the most sought-after keyboardist in all of Kern County. Currently, Chris is the Keyboardist/Vocalist for The Byrom Brothers. Chris has also played with NeuTrick, 58 West, Foster Campbell and Friends, Monty Byrom and the Road Pilots, The John Hollins Band, Randy Emmett & The Bluetooth Cowboys, Deedra Patrick and The Swamp Kats & Eddie Money. 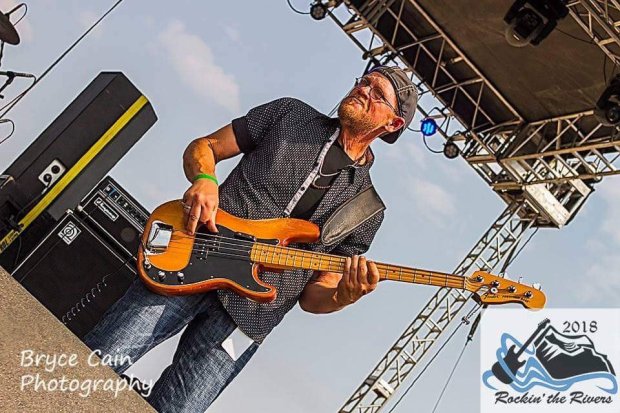 Wil Anderson: Bassist Wil Anderson is a Native to the Central Coast of California, playing the Bass as his only focused instrument for over 30 years. During this time he has recorded and shared the stage with several Artists such as Dave Miller, The Strata-Tones, Orphan Jon and The Abandoned, The Byrom Brothers and many more. Wil is also highly regarded as a “Right hand player”…a Groove and Pocket specialist playing both upright and electric bass; with his primary focus on Blues, Roots and Americana music. His style has been said to have touches of Leeland Sklar, Pino Paladino and Willie J. Campbell. 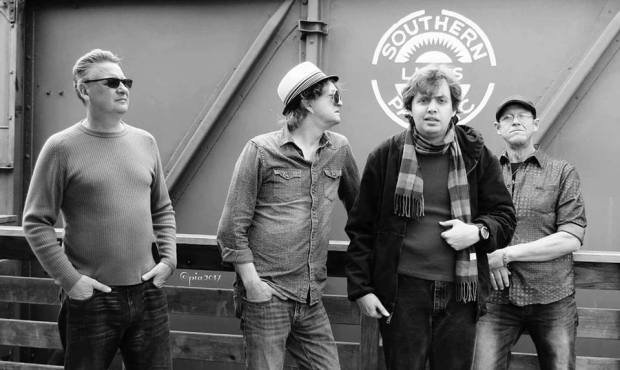 See and hear some of the great music performed by Monty and The Byrom Brothers, experience real music from artists with talent and humble souls. 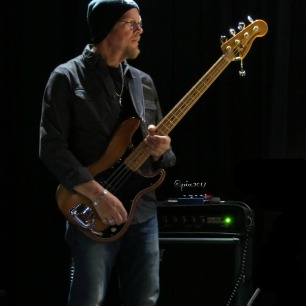