Since the album’s release THE WALK-A-BOUT has achieved massive radio success, consistently landing in Top 20 charts alongside artists such as Paul McCartney, Jeff Tweedy, Mumford & Sons, Death Cab for Cutie, Sharon Van Etten, and Jackie Greene. THINGS ARE LOOKING UP is currently at #12 on Roots Music Radio’s Alternative Rock Chart. The singles “Consequences” and “By My Side” each broke the Top 10 RMR Alternative Rock Chart, and the single “That’s Just The Way It Goes” reached #13. The video for that song had play on over 75 broadcast outlets throughout the summer and early fall of 2018.

The band’s carefully crafted songwriting has allowed THE WALK-A-BOUT to explore the outer reaches of the orchestral atmosphere, and their dynamic new collection explores that avenue with a welcome pop appeal while maintaining their depth and introspection. Members of THE WALK-A-BOUT have worked with the likes of Bill Ortiz (Santana), Vince Welnick (The Tubes, The Grateful Dead), renowned jazz saxophonist David Murray, Earl “Chinna” Smith (Bob Marley and The Wailers), and Grammy winning film composer Alex Wurman. With something in their catalogue for every mood, whether it is a smooth island vibe, a high-stepping funk feel, or straight hard-driving rock, their music is visceral, emotional, fun, and easy.

After self-realized string master Kevin Anderson had composed a growing catalog of guitar vignettes over several years, fate brought him together with Australian singer/songwriter, blues harpist, and didgeridoo player Darren “Sully” Sullivan. Sully was the perfect songwriting partner to translate Kevin’s vision into the lyrical domain, and they began working together in the fall of 2015. At that time, as part of a crew on a ship, Sully penned his lyrics for the material while sailing around the world. He applied his very special brand of wordsmithing, creating imagery for Kevin’s original titles that spanned a wide range of subjects from heartbreak, to soul-searching, adventure, to introspection, to even the simple concept of enjoying being alive, permeating each musical piece with a special energy.

THE WALK-A-BOUT lineup moved closer to completion with a chance introduction to career drummer/producer Drew Bertrand in December 2015. Drew quickly acknowledged the unique nature of Kevin and Sully’s writing and began sculpting arrangements and cadence for every song, carefully recognizing the distinct identity of each piece. Dave Christian, a longtime musician friend of Drew’s, quickly fell in love with their sound; he expressed interest in working together, and the subsequent sessions proved that Dave’s vocal and electric guitar contributions were ingredients that rounded out the sound on all the material the band had been recording and performing live.

THINGS ARE LOOKING UP is the second album from THE WALK-A-BOUT and was primarily conceived in the studio during pre-production, with the songs on the record representing the momentum that the band was feeling during the time. The essence of urgency within the album was derived from this unique way of developing the record, and is reflected in the undeniable energy of the release. Already in the studio writing their next release with their new virtuosic bass player Keenan Zach, THE WALK-A-BOUT will continue to tour along the East and West Coasts throughout 2019 leading up to the Great South Bay Music Festival in Patchogue, NY, and an Australia tour is in the works for the coming year. 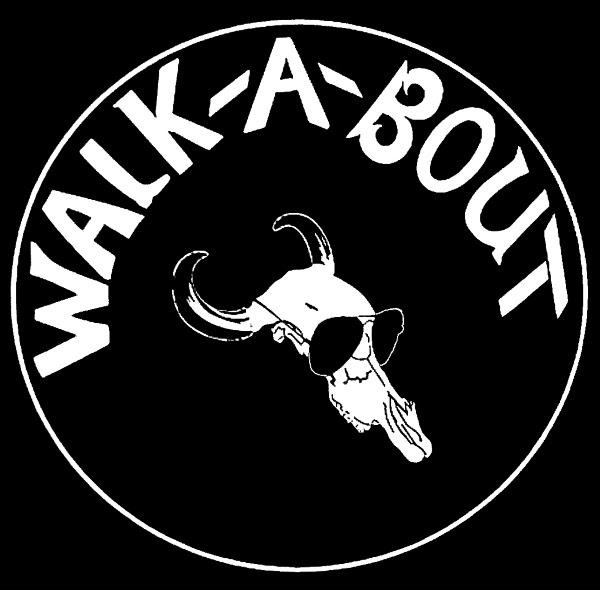 To order THINGS ARE LOOKING UP on digital services please visit: http://smarturl.it/TheWalk-a-Bout

To order THINGS ARE LOOKING UP on Bandcamp please visit: https://walkabout.bandcamp.com/