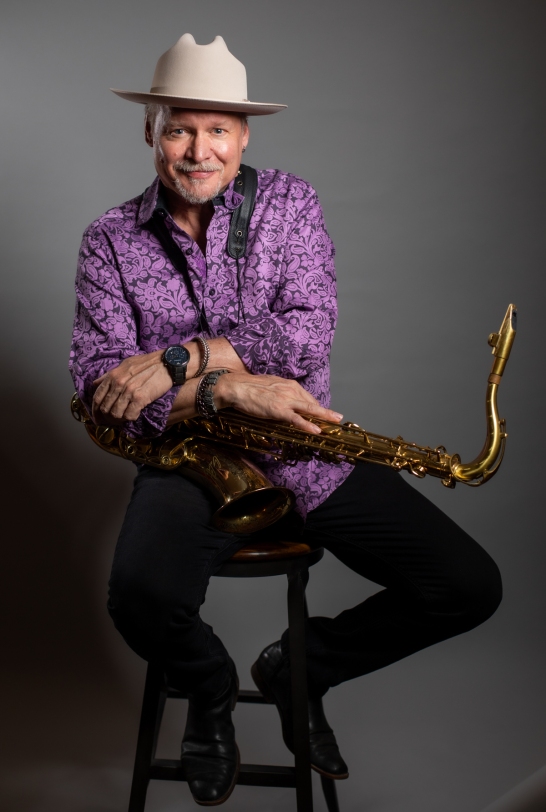 Jimmy Carpenter was excited to be invited to record on Gulf Coast Records, founded by his long-time friend and frequent collaborator, Mike Zito, and new friend Guy Hale. Soul Doctor is Jimmy Carpenter’s fourth solo project and was recorded in Las Vegas at Nonebody Studio 1.​

Soul Doctor contains 10 songs, 7 of which are original compositions that Jimmy wrote or co-wrote. He successfully collaborated for the first time with Guy Hale (co-founder of Gulf Coast Records) on the tunes Soul Doctor and Wrong Turn. 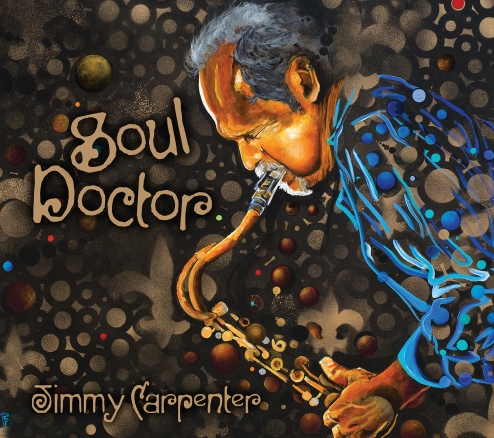 Soul Doctor by Jimmy Carpenter is a bold and rambunctious offering, with strong blues and upbeat tempos, and modern interpretations of traditional music tempos, Soul Doctor takes you into the mind of an amazingly talented artist. Jimmy Carpenter has a reputation for masterful an creative composition, but in this album he takes his talents to the limits and then surpasses all expectations. With blazing horn playing and diverse musical accompaniment, it is no wonder this album will be a hit.

Let us take a moment to consider some tracks, not in album listing order, but by innovation. In a track titled  LoFi Roulette, the song opens with the sound of a needle on a record, slowly lifting into the music, a soulful moan of a horn, followed by a guitar riff that makes goosebumps rise, it screams both Soul and the Blues, a heavy piece with Rock & Roll overtones, subtle keyboards throughout. This is a defining track and for a purely instrumental piece, it has no want for anything, it is perfection. The title track Soul Doctor is a very memorable piece, lyrically sound and has the virtue of being a true “tap your foot” song, but holds up when the down and dirty part comes in. relying on a more traditional sound for blues music, Need Your Love So Bad has that “missing the one you love / looking for a real love” song that is famously both the Blues standard, but a sound only Jimmy Carpenter can bring to life in this way.

Taking his music into a unexpected direction, the track Wrong Turn has a Southern Rock sound that also has a Zydeco tempo, its has a unique flavor that is wild and free. If you love horns in the starring role then the track for you is the song Yeah Man is definitely a song for you, upbeat, flowing and the opening Horns are powerful, coming in at right moments and making the statement hit home. Another superior track of merit is Wild Streak, another traditional Blues Tempo / Style that is above and beyond expectation.

When I Met You, originally written as a country bluegrass song, was revamped with a Memphis groove, complete with horns, soul guitar, and beautiful harmonies sung by Carrie Stowers, the inspiration for the song. Carrie also inspired Wild Streak, which highlights Red Young on piano and Trevor Johnson and Mike Zito on contrasting rhythm guitars, and a great slide solo by Zito.

Love It So Much, with it’s Bender Brass horns, funky guitar and organ, driving bass line and New Orleans 2nd line groove, is the perfect song to describe Jimmy’s love for Crescent City, and his continued internal conflict between being a road dog musician and having a “normal” home life. 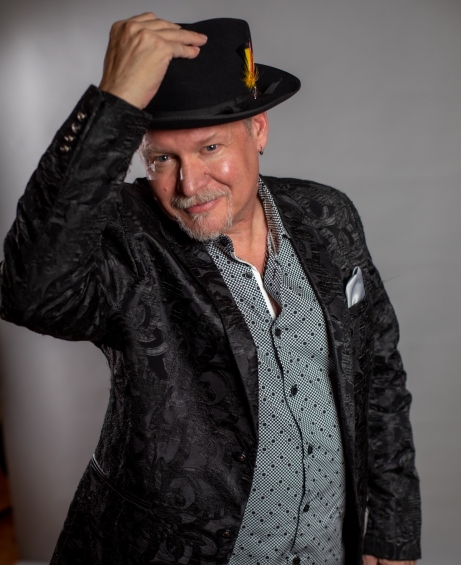 Moving past the tracks, the album Soul Doctor was masterfully mixed and produced, each track stands on their own merit, yet when played in full, the album is like a story, each part taking you deeper and deeper into the world of Jimmy Carpenter.

Soul Doctor contains a total of 10 songs, 7 of which are original compositions that Jimmy wrote or co-wrote. He successfully collaborated for the first time with Guy Hale (co-founder of Gulf Coast Records) on the tunes Soul Doctor and Wrong Turn. Special guest Nick Schnebelen just happened to be in Las Vegas, and joined Jimmy in the studio, adding his guitar expertise to the album.

Since this album is to be released On September 20th, this would be a great item for the Blues Lover’s Collection, Soul Doctor is available for Pre-Order Now and will be the talk of the Blues music Scene, Guaranteed.

Get this and other great music on the Gulf Coast Records website: https://www.gulfcoastrecords.net/