Luiz Henrique Niehues lives in a small town in Brazil and has written music since childhood. Luiz decided to go to New York to record his first album, and there he was connected and collaborated with incredibly talented people such as producer Ben Rice, from Degraw Sound, who brought three musicians from Norah Jone´s band to play on this new release: Dan Iead, Pete Remm and Greg Wieczorek.

upon this enlightened and musical path, Luiz played at many open mics throughout the recording process to stay sharp and come up with new ideas. He finished the album, called Life’s a Cigarette, which was released in New York on this past Sept 9th, online and on vinyl. There he also met Brazilian movie director Daniel Aragão, who was in a exile for political reasons, and they became creative partners since then. 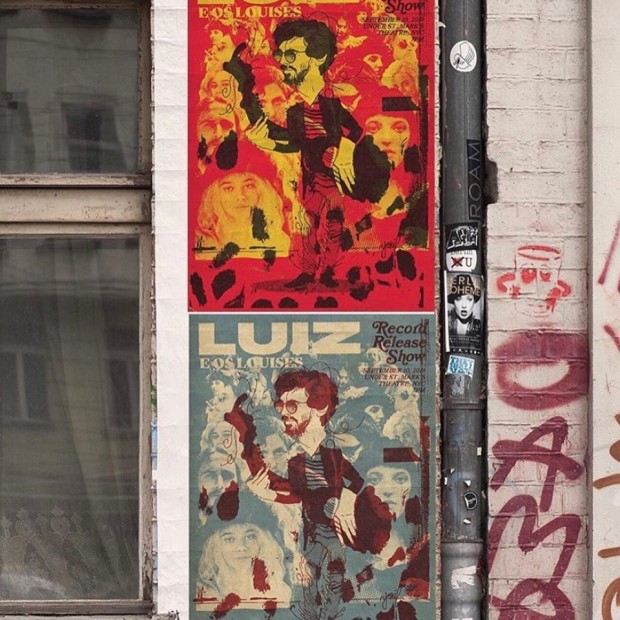 Luiz and Daniel have produced a short movie and two features independently, which will be released in 2019 and 2020 respectively. They will be finishing another one in the beginning of 2020. Luiz then met one of the best drummers of Brazil, Larissa Conforto, and they went to Portugal with Daniel Aragão and the band to film.

They did a ‘forbidden’ pre-release show at a rooftop, and it was beautiful. Larissa will come to New York to play with Luiz, along with keyboard player João Nogueira (Sean Lennon), guitar player Dan Iead (Norah Jones), and bass player Sabine Holler (Barrie The Band.

“This is the collection of melodies that have appeared in my mind through the years, before touching any music instrument. I later struggled to turn it into an enjoyable physical product, but it is as natural as I can be. I found out about my inspiration later: the things I speak about in the record happened only after I recorded it. That was the most astonishing thing for me.” – Luiz