After suiting up as the Space Gypsy in 2013, blasting off on an epic Space Fusion Odyssey in 2015 and enjoying Life In Space in 2017, pioneering musician/songwriter Nik [...]

Since their inception in 2008, Gravehuffer has crafted their sound into an other-worldly amalgamation of Crust, Punk, Metal, Grindcore, and unapologetic down-tuned [...]

Patrick O’Heffernan.  Host, Music FridayLive!, X.ARI not only brings a high level of creativity to her music, but a kind of creativity that is unique, that stands out in a [...]

When we reviewed “PAIN BY NUMBERS”, The New Album by Eric McFadden, we found it to be a masterful collection or power-plays, each song in itself is wild and engaging, but [...]

“Everyone has the right to seek and to enjoy in other countries asylum from persecution.” Article 14 is included in the “Universal Declaration of Human [...]

The Holographic Children is an art and music project created by Kyle Lim based in Bay Area, California. Kyle was born in Riverside, CA on April 26, 1990, but spent most of [...]

Roses & Cigarettes’ music is an eclectic blend of Roots, Rock, Americana, Country and Pop – the perfect recipe for the classic California sound. The band has [...]

“Everything I’ve ever written has been on acoustic guitar or piano, and this time around they followed me into the studio.” [...]

..And it should come as no surprise that the K-Pop queen is serving glamour while warning future suitors with a sly smile, "If you mess with me you get hurt."” - MTV [...] 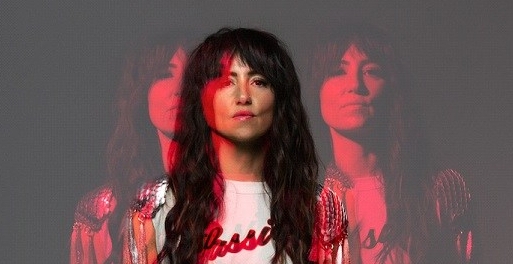 KT TUNSTALL Announces Her 6th Studio Album, WAX, To be Released on October 5th via Rostrum Records Pre-Orders Are Available HERE New Single, “The River” is Streaming on [...]

Neil Fitzsimon, the songwriter, and Bee Brogan, the vocalist, aim to produce “Pure Pop For Now People.” Preferring to remain faceless in an industry that holds image in [...]